Guest post by Kulraj Singh, founder of Tavistock Clinic, which offers physiotherapy in Crawley for muscle and joint injuries.

Have you ever walked in a forest?

Chances are, you have. And even more likely, you enjoyed it.

Was it simply being away from work, the stresses of life and the burdens of day to day struggles that was relieving when you were in the forest, or could there have been something more to it?

Unknown to many, forests have the power to heal.

“Shinrin-yoku”- literally meaning “forest bath” has been utilised in Japan as a form of nature therapy since the 1980’s.

It means nothing more than being in a forest.

Sounds simple? It is, but the benefits you may reap from spending time in a forest are incredible.

I first noticed the benefits of Forest Bathing when we got our dog, and took it for a walk in a local forest area. Walking our dog for the first time in the forest made me realise that it had been over 10 years since I had previously been in a forest.

I immediately noticed myself feeling more relaxed and settled, even more so than when I would’ve been at other places of ‘rest-bite’, such as the local cafe, park or gym. I wanted to know if there was any link, and it was a shock to find there was a healthy amount of research to show the positive effects of Forest Bathing.

This comes at a time when we need to think about spending more time outdoors more than ever. On average, Americans spend 93% of their time indoors. And it’s not getting any better. By 2050, 66% of the world’s population will be living in cities. Finding ways to connect to nature will only become more of a challenge as time goes on. Knowing ways in which we can engage with nature most effectively is an enquiry worthy of pursuit.

A systematic review (a review of multiple other studies done in the past), published in 2017 by the Environmental Health and Preventative Medicine journal looked at six randomised controlled trials (the highest quality type of study).

It studied the effects of spending time in a forest on numerous factors including:

It founds that simply being amongst the forest had a positive impact on all of these factors and concluded:

“Forest therapy may play an important role in health promotion and disease prevention.”

A more recent review in 2017, published by the International Journal of Environmental Research and Public Health, which looked at 64 research studies on Forest Bathing, came to a similar conclusion:

“Nature therapy as a health-promotion method and potential universal health model is implicated for the reduction of reported modern-day ‘stress-state’ and ‘technostress’.”

The Forest Therapy Society in Japan compiled findings from multiple research institutes across the world and found Forest Bathing:

Believe it or not, Forest Bathing has actually been shown to increase ‘natural killer’ activity (natural killer cells are cells that are critical to your immune system – the more the better generally speaking) as well as increase the expression of anti-cancer proteins in your body.

It’s incredible what you can reap from spending time in a forest.

You may wonder if it’s the forest doing it, or just being outdoors, in the calm breeze and wonderous field of grass.

However, in the 1980’s, the Japanese government tested the effects of 2-hour Forest Bathing and found that it can reduce blood pressure, lower stress hormones in the body as well as improve concentration and memory. Interestingly enough, it found that this effect was different from the effect of simply being outdoors or exercising.

The reason it works is because of the leaves of each beautiful tree and plant you walk past.

They emit a substance called phytoncides. This can be thought of as the ‘aroma’ of the trees. These phytoncides are what directly trigger the increase in ‘natural killer’ cells in the body, which are important and powerful white blood cells.

Of course, you don’t need a forest to begin the practice of forest bathing. It’s the concept that matters.

You can be anywhere where there are trees, plants, and preferably, some peace and quiet.

The key is to be present and spend time amongst the trees.

In my experience, large trees are the most powerful. Most likely, due to the large amount of phytoncides being emitted.

I also feel, though, that there is something extremely humbling and magnificent about large trees.

The awe, the visual appearance, the sheer size, is so distracting, it has the power to instantly calm us, and bring our attention into the present moment.

Most importantly, never underestimate the power of being outdoors.

Kulraj Singh is a physical therapist from the UK with a specialist interest in wellbeing and exercise. Graduating from King’s College London and founding Tavistock Clinic in 2017, a sports enthusiast and lover of nature, he enjoys writing on health, wellbeing and physical therapy. You can contact him directly via email, Instagram and Facebook. 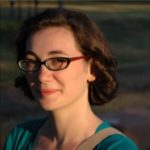 When you’re trying to conceive, it seems like every single person on the planet starts telling you to “just relax.” I always wanted to have a family, though I never had a specific time-frame or plan in mind. My husband and I met when I was 26 and he was 33. We developed a fairly… Read more “Miscarriage to Pregnancy Success Story – Emily’s Story”

De-stress and prepare your body for pregnancy with

De-stress and prepare your body for pregnancy with

"I am ever so grateful a friend in my infertility

For the month of July, we are offering a special 10% off all Circle+Bloom programs. Simply enter coupon code July10. Expires 7/31 11:59pm EDT Dismiss