Circle + Bloom gave me a reason to set aside time each day to visualize.. it soon became something I couldn’t forget to do any more then brushing my teeth.

I am a 36 year old psychologist. My partner of 7 years and I have been wanting to start a family for a while but the timing wasn’t right until the last year and a half.

I was anxious to get pregnant and even started acupuncture treatments a month prior to trying to conceive – not because of any known health problems but just to increase my odds. I started worrying as we approached the six month mark, when women my age are encouraged to begin testing for potential problems. All test results looked good. Although Clomid was recommended for my “unexplained infertility” I wasn’t ready to try what I considered an aggressive approach until the nine month mark. 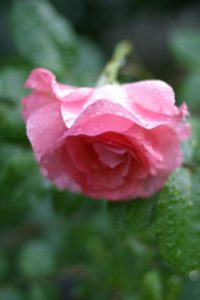 Although I responded well to low doses of Clomid (produced multiple follicles) used in combination with IUI, I still wasn’t pregnant after 5 attempts with Clomid. My reproductive endocrinologist suggested I try injectable medication instead of a 6th attempt with Clomid, as I had reached the point of diminishing returns.

After about a year of trying, a friend’s mother who is a hypnotherapist and yoga instructor suggested the Circle & Bloom Natural Cycle program. I had been trying to meditate before this, but my practice was sporadic and my thoughts tended to wander. Circle + Bloom gave me a reason to set aside time each day to visualize. I often had to “double up” days during my first month of trying the program but it soon became something I couldn’t forget to do any more then brushing my teeth.

After 16 months of trying to conceive, we decided to try IVF. Why pay $3,000 for one month of injectable meds when IVF costs $10,000 and doubles the odds? Unfortunately, the one embryo that made it to transfer didn’t implant- again for unknown reasons. The Circle & Bloom IVF/IUI program did help me through the roller coaster of the 8 total weeks of medication during the IVF attempt. I recall one early session focused on accepting the medications in my body -something I really struggled with.

The hardest part of this journey has been maintaining hope each month – which includes forgiving my body for how it hasn’t cooperated so far…. As a psychologist, so much of my work is analytical in nature. It’s hard not to analyze what I’m doing wrong, etc. The Circle & Bloom program forces me to focus on more abstract concepts such as trust in my body.

Since my partner and I have been using a sperm donor to conceive, we aren’t able to “try but not try” to get pregnant (e.g. “stop thinking about it and it will work! “advice). Even though I feel defeated each time I start at Day One (again!) Circle & Bloom, the program gives me permission to “think about it” and in a positive way.

Since I learned about Circle + Bloom, I’ve gone through 3 IVF attempts, 1 complete IVF, and an IUI. (And that’s just the last 6 months of my fertility challenges!)… Read more “Coping With IVF & IUI – An Anonymous Story” 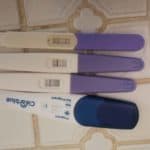 Dear Circle+Bloom, thank you so much for your amazing programs! I bought the Natural Cycle for Fertility program after my husband and I were trying for TWO… Read more “2 Years TTC + Only 1 Cycle of Listening to Circle+Bloom’s Natural Fertility Cycle – Melissa’s Success Story” 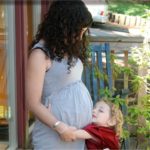 I have always believed in the mind/body connection and used meditations though my last conception/pregnancy and for childbirth. When I was trying again this time I wanted to find a… Read more “Improving IVF Chance of Success – Rebecca’s Story”