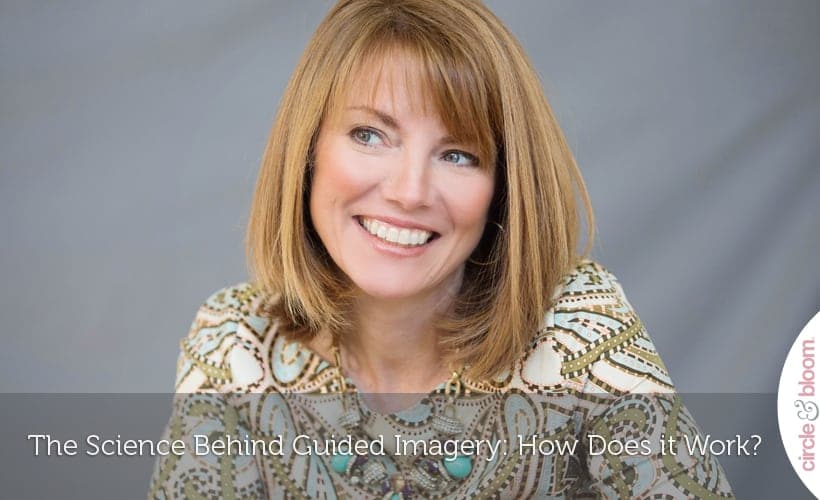 Cancer is a bitch. Let’s just get that out there first. With that said, we aren’t going to surrender to it. We aren’t going to simply accept the pain and discomfort of chemo and radiation. We aren’t going to wallow in the fear, anxiety and depression that everyone who hears a cancer diagnosis feels at some point. Yes, it’s totally fine and normal to feel those things. But then we move on.

We are going to take care of ourselves the best we know how. We will eat healthy foods, get plenty of rest, listen to our doctor’s recommendations, and use the power of our minds to support our body’s healing.

Huh? Did you pause at that last piece? Yes, I said the power of our minds.

While science hasn’t yet fully grasped the connection between the human mind and body, there are lots of studies that demonstrate that we have the ability to influence our physical health using the power of our mind. One way is to use visualization and guided imagery.

When I was 23, my mother was dying of cancer. We had a very special six months together before she passed away, but I wish we had more options at that time to ease her discomfort, anxiety, and pain.

Later in my life, as I traveled down my infertility journey, I learned how meditation and visualization could be a powerful healing force. Not only for infertility, but for all kinds of physical conditions and diseases including cancer. I don’t know whether, or how much, visualization may have helped my mother. But at that time, I would have been grateful to give it a try.

What is Visualization, and How Does it Work?

Visualization is a form of meditation that uses mental imagery. It can be used for many different purposes, but visualization for healing may include mental pictures of the body attacking a disease or of a healing light bathing the body. Guided imagery is a form of visualization that relies on an audio recording or a live voice to talk you through a visualization exercise.

When we visualize an act, the neurons in our brains are capable of interpreting imagery as equivalent to a real-life action. Because the brain’s cells and neurons constantly make new connections and disrupt old ones based on response to stimuli, visualization can create changes in the brain’s structure and neural circuits. This is the idea of experience-based neuroplasticity.

We can use the power of our mind to shape our brain, resulting in changes to our mindset, habits, and physical health. So if we visualize our healthy cells multiplying and cancerous cells dissolving and disappearing, our body may be able to act out those mental images.

Have you seen the movie, “The King’s Speech”? The screenwriter for that movie, David Seidler, was a stutterer just like King George VI. Seidler also suffered from cancer, just like the king. The most interesting part of this story is that Seidler has been cancer-free for more than a decade, and he says his health is largely due to visualizing his cancer away.

In an article about his experience on cnn.com, Seidler said: “I spent hours visualizing a nice, cream-colored unblemished bladder lining, and then I went in for the operation, and a week later the doctor called me and his voice was very strange… He said, ‘I don’t know how to explain it, but there’s no cancer there.’”

Seidler said “the doctor was so confounded he sent the tissue from the presurgical biopsy to four different labs, and all confirmed they were cancerous… The doctor couldn’t explain how it had happened.” Seidler told cnn.com that “he believes that supplements (to enhance his immune system) and visualizations were behind what his doctor called a ‘spontaneous remission’.”

The Science of Visualization and Guided Imagery

More than 3,000 scientific studies have been conducted on the benefits of meditation, including several that have showed guided imagery can produce changes in immune activity on a cellular level.

Recent studies have shown that:

The research continues, and this is only a small sample of what is already known. While no one is suggesting that visualization (or other alternative therapies including meditation and yoga) should replace medical treatments, these studies begin to show the benefits of using visualization together with traditional medicine to support healing and immune strength.

How to Use Visualization During Cancer Treatment

In cancer treatment, much of the medical process is in the hands of your doctors. But you are not powerless to influence your own health and healing. Guided imagery is something tangible that patients can do to care for their body and their mind.

As little as 10 minutes of visualization daily can help:

One way to try a simple visualization is to try out this short mind-body exercise.

Another option is to create your own healing imagery by following a prompt, like this one from Vitality Magazine:

It’s common to question the science of visualization and guided imagery. At first, I did as well. Most people tend to feel more comfortable with proven medical science, and while there have been a lot of studies showing the positive results of meditation and visualization, it isn’t (yet) an accepted medical practice. We simply don’t understand enough about the power of the human mind and its connection with our body.

So trying visualization is a bit of a leap of faith. A “let’s see if this works for me.” But, I promise – if you open your heart and mind to the possibility and truly pour yourself into it, visualization can make a positive impact on your cancer treatment and your life.

Circle + Bloom has partnered with top cancer researchers to create a free guided meditation audio that is appropriate for anyone with cancer, at any stage. Download it here to try it today.

« How Much Sleep Do You Need When TTC?
Wish You Felt More Certain About Being a Mom? » 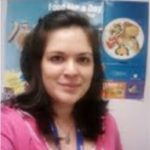 "I have been struggling to conceive for almost a y