It is well known that too much stress can prevent women from getting pregnant and that sometimes, once women adopt a child, they then become pregnant—probably because the stress of having to get pregnant lessens. In the Hidehiko Matsubayashi study in Japan (published in Human Reproduction), infertile women reported higher levels of emotional distress than pregnant women and in the 2013 issue of endocrinology, Whirledge and colleagues showed that glucocorticoids secreted during stress reduce fertility.

So the bottom line is that the less stressed out we are, the more chances we have to get pregnant.

One of the well-known techniques to reduce stress is regular meditation, another one is going to the gym on a regular basis or doing other kinds of regular physical exercise.

My technique is more unconventional: I ask two questions:
The first question is: “If your body had a voice, what would it say?” What does it need that it isn’t getting?” By asking the question directly to the body, I bypass all defense mechanisms of the conscious mind. There is no taboo, no censoring because it is not the mind that talks. It is the primal body and I am more likely to find out the real cause of the problem.

The second question is: “Why?” “What has changed in your life? Why are you having those symptoms?”

For example: Here is Adelina’s story:

Adelina was 27 years old, had married Perry 3 years prior but for some reason, couldn’t get pregnant. All tests were normal in both her and Perry. When I asked her the question: “If your body had a voice, what would it say?” She answered: “I feel tense, I feel like I have muscle spasms everywhere, especially in my belly. I feel full of fire like I am ready to explode.”

As I continued asking questions, and in particular asked the question: “Why? What is happening in your life?” I discovered that Adelina was working at a high-pressure job and didn’t get along with her boss who was constantly criticizing her and putting her down. She wanted to scream at her boss but couldn’t. Part of her wanted to quit her job while the other part of her wanted to stay because of the money. There was a constant tug of war between those two parts of her.

That was during the day.

At night, she was facing another type of emotional turmoil: She really wanted to have a baby but it had been 3 years and she hadn’t gotten pregnant so far. What if she were sterile? Part of her wanted to keep trying to have a baby, and therefore have sex with Perry every day around ovulation time to maximize her chances, while the other part of her wanted to give up. This constant inner turmoil led to chronic stress, and almost certainly, chronic over-secretion of stress hormones that lessened her fertility.

At that point, I used my unconventional technique to reduce her stress: I had her expose the two battles going on inside of her, allowing her to express her anger against her boss and express the anxiety and frustration she had about not being able to get pregnant.

Expressing with words the emotions that were bottled up inside of her decreased the intensity of Adelina’s emotions. Interestingly enough, UCLA’s Matthew Lieberman and colleagues who conducted brain imaging research, showed that the mere act of verbalizing negative emotions immediately decreases activation in a part of the limbic system (“emotional Brain”) called the amygdala, which plays a leading role in producing feelings of fear and anger. Thus, just by getting Adelina to verbalize her anger and fear, we decreased her stress– and the secretion of hormones associated with stress –that were probably getting in the way of her pregnancy. 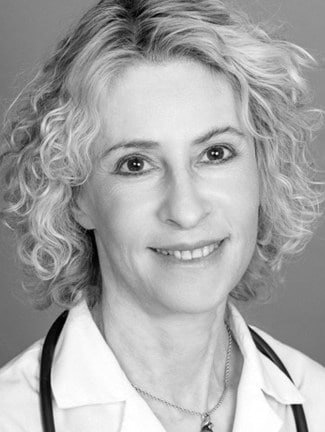 A few months after the “give your body a voice” technique reduced Adelina’s stress, she conceived.

So, if you want to get pregnant, what bottled-up emotions do you have trapped inside of you? Express them with words out loud or in writing or sing them or dance them. You might find that releasing those emotions will allow you to relax enough to get pregnant.

CHRIS GILBERT, MD, PhD is the author, with Eric Haseltine, PhD, of THE LISTENING CURE: Healing Secrets of an Unconventional Doctor (SelectBooks).

A role for glucocorticoids in stress-impaired reproduction: beyond the hypothalamus and pituitary.
Whirledge S1, Cidlowski JA. 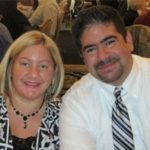 My husband and I have been married for 7 years. I am 37 and he is 38 we met at work and fell very hard for each other very quickly… we lived together for 2 years, then got engaged January 2, 2004 and married on November 13, 2004 we had the most perfect wedding and… Read more “First IVF a Success – Jennifer & Tom’s story”

This series of four guided meditations allows for

One of the most common questions we hear from wome

"The IVF/IUI Mind-Body Program is very specific to

Learning to meditate as a couple will help you be

This series of four guided meditations allows for

One of the most common questions we hear from wome

"The IVF/IUI Mind-Body Program is very specific to

Learning to meditate as a couple will help you be

LAST DAY! Enjoy 15% off all Circle+Bloom guided me