When I was unceremoniously dumped by my long-term boyfriend at the age of thirty-five, I had to find a way out of my heartbreak. Yes, I was upset about losing the guy, but I was altogether heartbroken about losing the chance to have a traditional family. I was terrified that I would wind up a workaholic, single and childless – the modern day version of a spinster. I needed a plan “B.” So I promised myself that if I was still single when I turned 40, I would go ahead and have a baby as a single mom by choice.

Five short years later, I found myself still single and at a fertility clinic, checkbook in hand. Five minutes into the ultrasound, the doctor was shaking his head, frowning. “This doesn’t look good,” he said. A more elaborate and even less glamorous hormone test proved that I was not fertile. “Premature ovarian failure,” the doctor said, looking at the wall behind me. I argued with him. “But I look young, and I act young and I am really healthy and fit- look at me!” The doctor shook his head and said: “Your ovaries didn’t get the memo. You need an egg donor.”

I had heard about egg donors before because my friend used one to have her baby at the age of forty five. Other than that, I knew nothing about what is now known as “third party reproductive medicine.” I considered my options. It is very difficult to adopt as a single mother. The wait is quite long. In open adoptions, the biological parent(s) choose the adoptive parent. I did not have it in me to interview for someone else’s baby.

I considered the egg donor option. I would have control over the pregnancy, but what if my baby grew into a 6 foot tall blonde, while I am a 5’0” brunette? “Would she still be my baby,” I wondered.

Type “A” and goal oriented, I was not going to let a little infertility get in my way. Within weeks I had scanned hundreds, if not thousands, of on-line egg donor profiles. I narrowed it down to five young women and showed their profiles to my two best girlfriends. We voted and chose “Donor No. 35561.” Arrangements were made, agency fees paid, and lengthy contracts signed and notarized. Travel plans were set.

The whole experience was extremely stressful. Was the egg donor really who she said she was? Was the agency ripping me off? Did my doctor know what he was doing? Plagued by nagging doubts and anxiety, I got on the plane to La Jolla.

The waiting room at the doctor’s office was small and crowded with young women, and American and foreign couples both gay and straight. Within a few minutes, Dr. Smotrich ushered me into his office. Photographs of the doctor’s wife and children filled his book shelves. I sunk into his low, leather couch. “I want twins,” I said. He smiled, and said “ok.”

Dr. Smotrich reassured me that my donor was “lovely.” I tried not to ask too many questions about this woman- who I had never met, but who was giving me the gift of a baby (or two). I knew only a few things about her. I had her general medical history, her hair and eye color, height and weight. I knew she ran triathlons. She was in graduate school. She was married. She has a twin sister. She had donated six times already to other families. She resembles me.

I was scheduled to have the embryos transferred to my uterus on Sunday, Mother’s Day. “Auspicious,” said my best friend.

Jittery with nerves, bruised from injections and amazed the logistics had all worked out, I was ushered into a small, dimly lit examination room. The procedure was short and painless. The embryologist had selected three of the best looking embryos from the batch. He gave me photographs of them. They looked like three, sepia-toned cookies. I looked at the photos a long time. “Will this be my baby?” I asked myself again.

As it turned out, I had one baby boy. He has brown hair, brown eyes and a terrific smile. And rest assured, he is my baby.

Not a day goes by when I do not have gratitude for my egg donor. I still have never met her. I don’t know her name, or if she still runs triathlons or if she is still married. Her gift transcends all of those details because my egg donor gave me my baby. 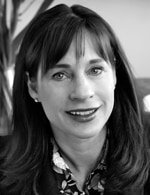 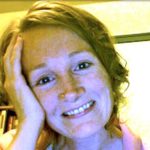 I decided to use Circle + Bloom programs because I am a believer in the wisdom of the body and in the body’s ability to heal, to transform, to come about to a new way of being. We are dynamic beings, ever-changing, and we carry within us the innate ability to heal ourselves yet it… Read more “Over 40 Natural Pregnancy Success – Carrie’s Story”

Being calm, relaxed & positive during IVF or IUI p